9th Annual Meeting of the
Egon and Ann Diczfalusy Foundation 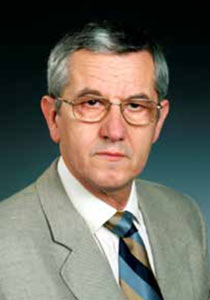 "Only a life lived for others is a life worthwhile" (Albert Einstein 1932). This motto characterises the best Professor Egon Diczfalusy's philosophy of life. Who is this man? He is a great humanitarian who has recently celebrated his 95th birthday.

Professor Egon Diczfalusy is a scientist who discovered and characterised the Foeto-placental unit, he demonstrated for the first time that steroidogenesis in pregnancy is the consequence of a close interactions between the maternal and foetal organisms, via the placenta.

Egon Diczfalusy is also a dedicated humanitarian idealist and spent the last 35 years helping scientists and scientific institutions in the developing world.

As a senior Consultant of the oldest and best known research programme of the World Health Organisation, the Special Programme of Research in Human Reproduction for some 25 years, he helped establishing international networks of researches devoted to the development of new fertility, regulating agents and to the fight against infertility in Africa, Asia, Eastern Europe and South America.

The Egon and Ann Diczfalusy Foundation was established in 2007 by him in Szeged, Hungary. At that time, he was 87 years old but still very active: "L'ambition ne viellit pas" (Louis XVIII. to L Talleryrand)

In order to achieve its purposes the Foundation supports the further training of physicians, other professionals and health care workers, as well as assist them to attend conferences in Hungary or abroad; launches new research programs with the subject of improving reproductive health; supports the exchange of scientists and young clinicians; organises scientific conferences and congresses; promotes and support informative lectures and publications; organises annually the Diczfalusy Scientific Meeting.

The Foundation, by granting yearly the Diczfalusy Award acknowledges the scientific work carried out by a basic or a clinical scientist and her/his life-time scientific achievements in the field of research on Reproductive Health. It is a miniature version of the original statue of Klara Tobias situated in the Dom square Szeged, called the „Hungarian Pieta 1956".

The Foundation also presents on a yearly basis the Diczfalusy Medal to a researcher under the age of 40, working in the above-mentioned field. The medal designed by Sandor Kligl. One side depicts a mother with her child and Professor Diczfalusy's Life-Motto: Empathy, Science and Hope. On the other side of the medal there is the Dom square with the Votive Church and the Microbiological Institute of the University, Szeged and a frequently quoted phrase from him: Medicina, Anchora, Salutis.

In this year, the Foundation organizes its 9th Annual Meeting in the heart of Vojvodina in Novi Sad. At the time of the Congress, outstanding, internationally acknowledged speakers will give an insight into the newest achievements of the research on the Reproductive health. If you cast a glance into the scientific programme, you can see that the topics cover almost all aspects of the human reproduction field and serve the health and wellbeing of the people either young or old followed Professor Diczfalusy saying: There is no ethically acceptable way to diminish the number of old people, but it is still not too late to increase the number of children by creating a pronatalistic "child-friendly" Society. (E. Diczfalusy, 2006)

The professional Societies of Serbia and Montenegro, the University of Novi Sad and the Mayor of the city provide a substantial support to our Foundation. Therefore, I am sure that this congress will be a success. I wish you a fruitful scientific conference in this nice and vibrant city. 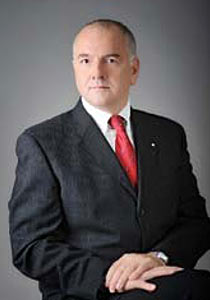 Dear Members of the Honorary Committee and the Scientific Committee, dear guests and colleagues,

The Foundation was established with the main aim to improve the reproductive health of the population. In order to accomplish that, the Foundation has set up a Committee composed of prominent scientists and participants of medical profession from different countries of the world. This strong international cooperation makes one of the most important characteristics of the Foundation. Some visions may seem like dreams, but they can become a reality. Professor Egon's vision to connect and establish cooperation between several universities and clinics in the region in order to improve the profession is today a reality.

The annual symposium is held every year in another country, member of the committee. Leading topics of this year symposium will be news in contraception, laparoscopic surgery, endometriosis, menopause and aging in men and gynaecological oncology. Special meaning of the symposium in Novi Sad represents a celebration of 95th birthday of the founder of the Foundation, prof. Dr. Egon Diczfalusy. A rich scientific program will be rounded off by meeting and discussion of the Deans and Rectors of universities from the region (Serbia, Hungary, Romania), which will also be a special way of celebrating the meeting. In order to encourage cooperation among the youngest members of the Foundation, as part of the symposium, Young Diczfalusy Foundation will be founded and presented at the session.

Thereby the motto of the Foundation „Empathy, science, hope" supports the work, and celebration of 95th birthday of Professor Egon symbolizes the persistence and longevity of medical thought and humanity. With desire to strengthen cooperation through this symposium and future DAL symposiums, I wish all the participants a warm welcome and successful work!

Download the full Programme of the 9th DAL Meeting.