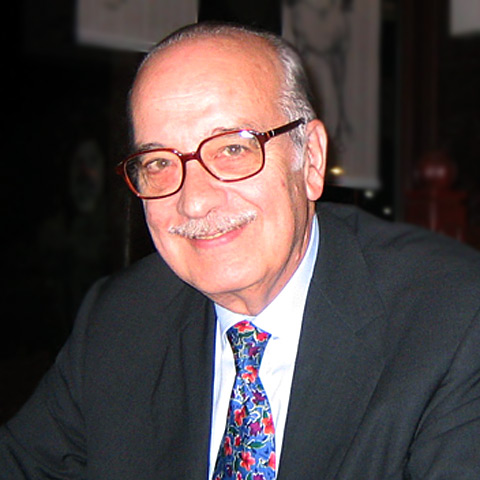 THE DICZFALUSY AWARD
WINNER IN 2016

In 1980 became Professor of Obstetrics and Gynaecology at the University of Rome ‘la Sapienza’ and a year later, was elected Director of the First Institute of Obstetrics and Gynaecology, a position held until 1993, when he was named Director of the WHO Special Programme of Research, Development and Research Training in Human Reproduction, an inter-agency United Nations programme:. In 1997 he become Director General of the Italian National Institute of Health, a position held until 2001.The same year he was elected Secretary general of the International Federation of Gynecology and Obstetrics, a position held for 6 years.

In 2002 was elected Dean of the I Post-Graduate School in Gynaecology and Obstetrics of the University “la Sapienza” in Rome and retired in 2009, remaining active both in research, teaching and consulting. Following his retirement, he published more than 170 articles.

His scientific interests have been in reproductive medicine, obstetrics and gynaecology, and public health. In the sixties, he was part of the team who studied and defined the human foeto-placental unit and identified a number of new pathways of hormonal steroids during pregnancy, early infancy and adulthood. His long-standing research interest has been in hormonal contraception: he coordinated the development of several long-acting hormonal contraceptives, coordinating several multicentre international clinical trials. With time, his research activities expanded to investigations of proliferative gynaecological disorders such as adenomyosis, endometriosis and leiomyomata. He pioneered the use of GnRH analogues for these conditions and recently exposed new theories on the origin of adenomyosis and endometriosis. During his years as Director at WHO his interest expanded to public health with specific emphasis on Sexual and Reproductive Health.

In recognition of his scientific achievements he has been appointed: