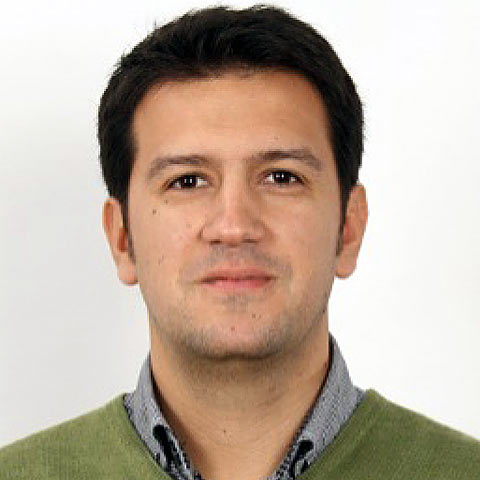 More information on the Downloads section.

Dan Andrei Dumitrascu Biris is a Romanian doctor born on 23.03.1981. He is currently working as a Senior Registrar in Maternal Fetal Medicine at King’s College Hospital, London. He graduated University of Medicine and Pharmacy “Victor Babes” Timisoara. In his first years of residency he worked both in Romania and Republic of Ireland.

Since 2013 he started working with Professor Kypros Nicolaides, in London, at King’s College Hospital, where he specialized in Maternal Fetal Medicine.After nearly two and a half years of training in this field he graduated with Diploma in Fetal Medicine, award given by Fetal Medicine Foundation. He specialized in fetal therapy, pregnancy scanning (first to third trimester) and management of complicated pregnancies, maternal medicine and other fetal procedures.

After this Fellowship he joined the obstetric team at King’s College Hospital where he continued to work in both clinical and non clinical area. He joined the Maternal Medicine team looking after pregnancies complicated by hypertension, diabetes, renal disease and other medical problems. After more then 10 years working mostly in UK, he is a senior consultant for ultrasound in obstetrics and gynecology, natural deliveries, cesarean section, open benign gynecological surgery, laparoscopic surgery, TOP, obstetrical and gynecological small surgery, hysteroscopy, etc. In the last 5 years he has attended and was a trainer for OB-GYN courses developed by King’s College Hospital London, St. George’s Hospital London, St. Thomas Hospital Evelina, Royal College of Obstetricians and Gynecologists, Cork University Hospital, Mullingar Regional Hospital, UMF Timisoara.

He has continued the academic work commenced with Professor Nicolaides and has managed to publish more then 10 articles in well known journals such as Ultrasound in Obstetrics and Gynaecology, KH, International Journal of Women’s Cardiovascular Health, Journal of Human Hypertension, AJOG. Also he was invited and had numerous presentations in major international conferences being an important FMF figure such as: London (UK), Allicante, Mallorca (Spain), Athens, Crete (Greece), Amsterdam (Netherlands), Nice (France), Timisoara (Romania), Ljubliana (Slovenia) and has won the poster first prize at the National Conference of Minimal Invazive Surgery (Oradea, Romania, 2008).

He plays mentoring role, supervising and teaching junior colleagues, nurses and medical students who were allocated to him by his supervising consultant. He was responsible for the Journal Club Meetings and once a month to present the Morbidity and Mortality Meetings at King’s College Hospital of London.

Added to his professional and research activity, I can confirm key skills such as: proven ability to work effectively and as part of a team, proven creativity and flexibility in case of new challenge, Diplomacy, self control, good manager, communication and inter-personal skills having an excellent feedback from his patients, junior colleagues, consultants and midwives, ability to work in a multicultural environment. He speaks very good English, French and Romanian, but also has good knowledge of Serbian language.

I recommend him for the Young Diczfalusy Award 2019.

Objectives: To assess perinatal outcomes in women with chronic hypertension (CH) stratified into four groups according to their blood pressure (BP) control in the first trimester.

Conclusion: The high rates of adverse perinatal outcomes in women with CH are worse in those who do not normalise their BP in the first trimester.

I completed my internship and residency in obstetrics & gynecology in 2012.

In 2011 in order to progress in my career and improve my skills + knowledge, I began work in Ireland. During the 2 years placement, I gained experience in antenatal care of high-risk pregnancies and management of labour ward and gynecology. In 2012 I have finished my training in Obstetrics & Gynecology and obtained my Certificate of Completion of Training.

Fetal medicine has always been of special interest to me as a rapidly developing specialty with ample research opportunities and challenges. In 2013 I was accepted as a Research Fellow at Harris Birthright Fetal Medicine Department where I trained for more than 2 years with Professor Nicolaides and was awarded with Diploma in Fetal Medicine. I had the opportunity to work in some of the best departments for fetal medicine like University College London, King’s College Hospital and Fetal Medicine Foundation Center.

Since 2016 I am working as a Clinical Fellow in Maternal - Fetal Medicine at King’s College Hospital in the Hypertension Clinic. We are monitoring high risk pregnancies: gestational diabetes, hypertension, autoimmune diseases. During my on call duties I am covering as a Senior Registrar both obstetrics and gynecology.

My last post in Romania was Senior Registrar in Bega Women’s Hospital. This is a hospital with almost 2500 deliveries/year, gynaecology and obstetrics (high risk and low risk clinics), theatre sessions every week, hysteroscopy and colposcopy clinics weekly. I moved to London in 2013 and since then I am working at King’s College Hospital

My communication and interpersonal skills are excellent and I had a very good feedback from my patients, junior colleagues, consultants and midwives.

My role was supervising and teaching my junior colleagues, nurses and medical students who were allocated to me by my supervising consultant. I was responsible for the Journal Club Meetings and once a month to present the Morbidity and Mortality Meetings.