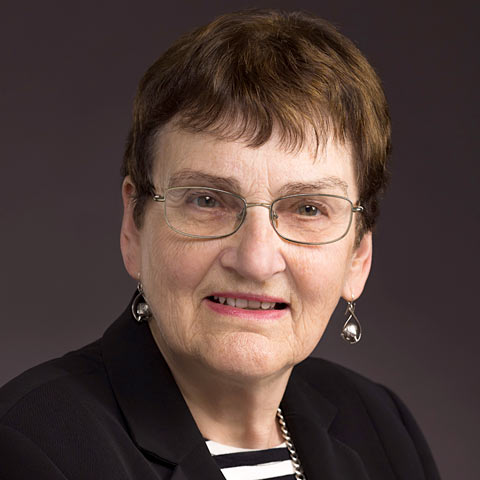 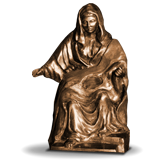 THE DICZFALUSY AWARD
WINNER IN 2008

Honorary Lecture of the Awardee (2008)

The Swedish action plan for combating mens violence against women

Sweden is in many respects a pioneer in the gender field, not least in terms of how it views mens´ violence against women which is considered unacceptable. In a study ( Brå 2007:14) 1,8 procent of all women aged 16-79 stated that they had been assaulted at some point over the past year. Forthe whole population, this transfers to some 60.000 women of whom 70% were exposed to violence by a family member, or by someone else close to them or by an acquaintance. The great majority of the perpetrators were men. Since 1990 the number of reported cases has increased by an average of 400 per year. The term men´s violence against women includes rape and other sexual offences committed by men and in same sex relationships by women.

The government has stated that all citiziens must be able to live their lives free from fear of being exposed to violence and abuse. If this goal is to be achieved ,preventive and other measures targeting both potential and actual perpetrators must be strengthened and improved. Violence and oppression in the name of honour is one area covered by the Action Plan. The aim of the Action Plan is to present the policy against men´s violence against women, violence and oppression in the name of honour and violence in same sex relationships. The plan covers six areas for measures and specific activities.

1. Increased protection and support to victims of violence. This involves clarification for the responsibility of municipalities to help and support crime victims. The plan specifies that municipalities shall give special consideration to the needs of women exposed to violence and of children who have witnessed violence Funding has been allocated to develop and strengthen sheltered housing for battered women. The National Board of Health has been instructed by the government to improve knowledge –based support to the social services for their work with battered women and with children who witness violence. The supervision of the social services have been intensified and precautions have been taken to reduce discrepancies between municipalities in this respect. The National Centre for Knowledge on Men´s violence against women at Uppsala University will be provided with funding for drawing up a national programme for the health care service focusing on care to victims of sexual crimes.

2. Greater emphasis on preventive work. The purpose is to enable health care staff to discover at an early stage when women or children, or partners in the same-sex relationships, are being or have been exposed to violence. In order to be able to offer help and support to the victims and prevent further violence. This will be achieved by educational programmes.

3. Higher standards and greater efficiency in the judicial system. This involves intensified police work to combat men´s violence against women and improving the ability of prosecutors to attend to crime victims.

6. Enhanced knowledge and competence. Establishment of a research programme , since further knowledge is needed concerning men´s violence against women. Survey of violence and oppression in the name of honour as well as a survey or arranged marriages.

Britt-Marie Landgren Born 1940. Studied medicine Karolinska Institutet Stockholm Sweden, passed examen 1969. Specialized in Obstetrics and Gynecology 1977. Dissertation for PHD in Reproductive endocrinology 1977 Karolinska Institute. Associate professer obstetrics and Gynecologi 1978 Karolinska Institute. Senior lecturer Obstetrics and Gynecology Karolinska Institute and Karolinska Hospital 1983-1997. Professor, head of Department The Institution for Clinical Science Karolinska Institute, Karolinska Hospital. Retired 2010 and professor emerita, senior scientist 2010-2012. 2012- on going Chairman White Ribbon Alliance for Safe mother hood Sweden. Tutor to 19 PHD students who have passed there exams. Opponent for 12 PHD examinations and member of the scientific board for 10 PHD examinations 185 publications, in internaltional journals with refeere procedures, registered in pub. med. Author of 33 review articles. Main author and editor of a book on Womens Health by Bonniers publisher. Editor of A text book in Gynecology first edition 2000, second edition 2002, third edition 2015. Author of chapters in 25 books on Reproductive health, Reprocuctive endocrinology , Contraception, Menopause and Womens health. Invited speaker to 27 international symposia and congresses. Member of the scientific board of 7 congresses. Editor for Acta Obsterica and Gyneccologica Scandinavica 1998-2008. Scientific secretary ,The Swedish Society of Obstetrics and Gynecology 1987-1992. Member of the excecutive board of the International Menopause Society 1993-2002, Treasurer 1999-2002. Having experience of 98 Clinical trials, principal inestgator in 30. Member of the Karolinska Institutes board for education 1997-2000. Receiver of The Egon And Ann Diczfalusy Foundations price for Lifelong Scientific achiements 2008, and Egon Diczfalusy, lecture award 2008. Honorary member of The Swedish Society of Reproductive Medicine 2013. Member and initiatior of the board of Experts in the swedish 1,6 milion womens health association, Sweden.